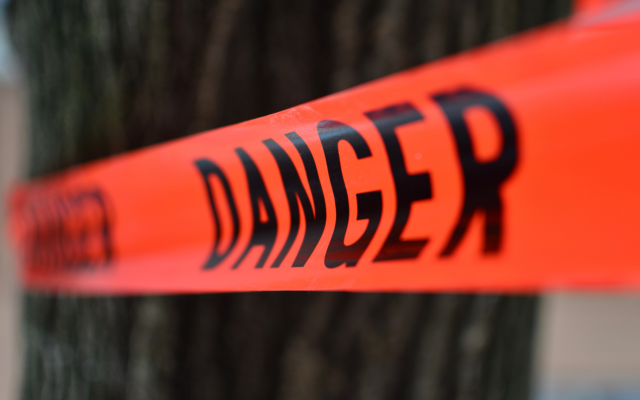 It seems the second-largest cryptocurrency by market cap only has its ‘second-to-Bitcoin’ status to be proud of.  Market volatility is at a 3-month low compared to bitcoin, according to data from Skew Markets. A host of other indicators are also pointing towards an upcoming ‘danger zone’ situation for Ethereum.

Let’s admit volatility is a necessary evil and something to be totally embraced while participating in the cryptocurrency market.

Volatility opens risk-takers to wild price rides which can result in pretty handsome returns on their investments. A low volatility trend simply means that traders/investors are not interested in playing the asset enough and are looking for something more ‘exciting’.

Ether was less volatile than bitcoin over the last three months

Getting close to all time low on a relative basis pic.twitter.com/2hqtFviFHz

ETH is up just is up 31.77 percent on a year-to-date basis compared to Bitcoin, whose valuation within the same period has surged by more than 160 percent. This might also trigger sell offs in the short-term and an investor exodus to greener pastures.

The number of on-chain transactions on the Ethereum blockchain has dropped to pre-December 2017 bull run levels. 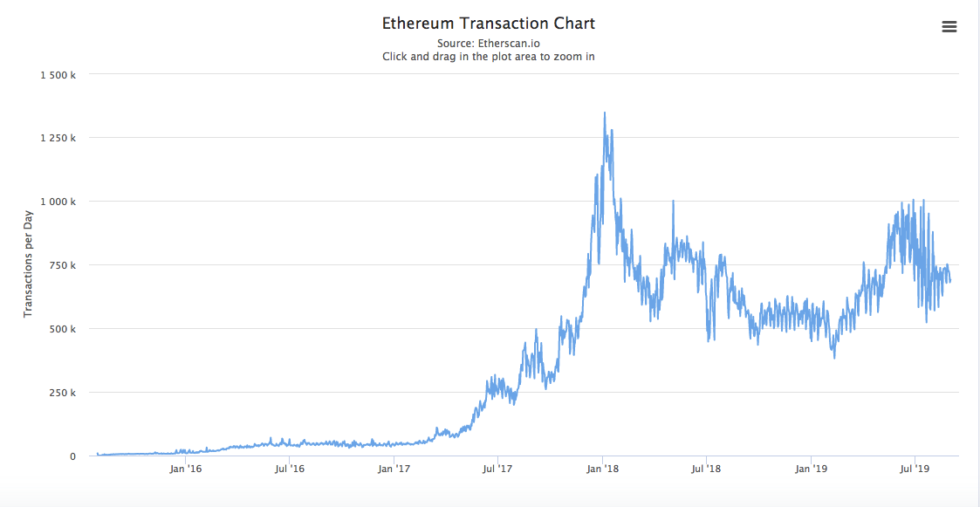 Mining hash rate has also taken a big hit and has been struggling go up since February of this year. 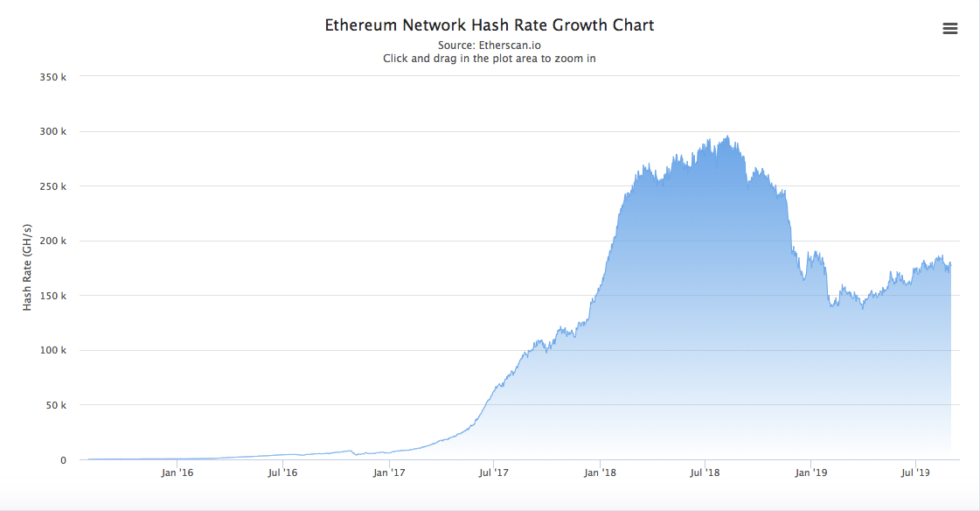 As reported by Bitcoinist earlier, Ethereum’s network utilization has soared above 90 percent. The surge, according to Ethereum co-founder Vitalik Buterin, could prompt transactions costs to increase, making it expensive for corporate users.

In a recent interview with Canadian mainstream news outlet The Star, Buterin said,

Scalability is a big bottleneck because the Ethereum blockchain is almost full. If you’re a bigger organization, the calculus is that if we join, it will not only be more full but we will be competing with everyone for transaction space

It’s already expensive and it will be even five times more expensive because of us. There is pressure keeping people from joining, but improvements in scalability can do a lot in improving that.

Long-time Ethereum critic and Blockstream Samson Mow took this as an opportunity to lash out his highly pungent opinions about the network. Mentioning that it is a dead-end technologically, Mow forecasted that Ethereum would die one day because of its own growth.

Ethereum is a technological dead end. The more it’s used, the faster it dies. Fortunately, USDt is also available on the #LiquidNetwork which is more scalable and later will allow Lightning Networks to be created for assets like Tether.

Boss Has A Solution, But Will It Work?

Vitalik recently took to Reddit, in order to address the gnawing issue.

In a thread discussing the effect of Tether’s USDT on Ethereum, Buterin explained that the community should commence a social media campaign on Twitter and Reddit to promote the increase of gas limits. This would help to reduce stress on the blockchain.

While there is no guarantee that such a change would make it to market, Buterin claims that “historically, the large mining pools have listened to community pressure”, and would fold if it benefited the network.

Will Ethereum be able to dodge the grim reaper’s scythe? Let us know your thoughts in the comments below.

Bitcoin Whale Moved $1 Billion, But Who Was It?